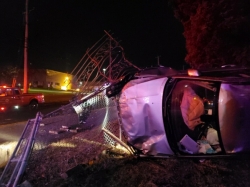 Since 1-26-2021 Station 1 has responded to 3 different MVA's where the vehicles have left the roadway. Luckily only minor injuries in all MVA's. Please with the weather being bad slow down. Ro...
Read more »
Building Fire Response
Sun. Jan 17th 2021

At 13:36 today Company 1 was dispatched on the building response on Roosevelt Dr. in Company 76 local. Telesqurt 1 responded and assumed first due Engine with nothing showing. Quint 33 and Eng 76 arri...
Read more »
1st Due Box Alarm
Sun. Sep 27th 2020 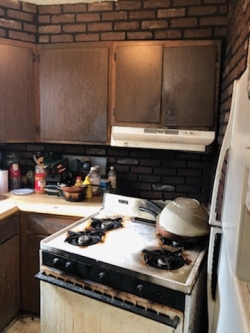 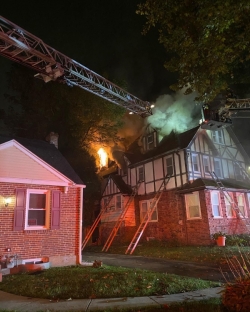 At 05:44 Company 1 was dispatched for R1 to cover Station 4 Darby. Just prior to response the assignment was changed for Telesqurt 1 on the 2nd alarm assignment to responded to Golf Rd. Darby Borough ...
Read more »
Car fire in the woods
Sun. Aug 9th 2020 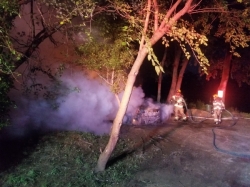 Over the Last 6 weekends 4 members from Station 1 and 14 others from Delaware County Companies completed Vehicle Rescue Certification. Here are a couple of pictures from the different days.Newly Certi...
Read more »
2021 Fire Officers and Business Officers
Sun. Jan 17th 2021 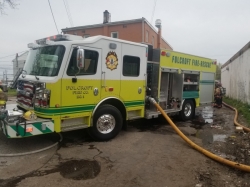 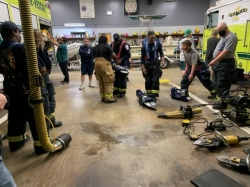 Last night for Drill once again we joined up with Briarcliffe Fire Company Station 75 to continue our review of vehicle rescue equipment and techniques to stabilize and lift a vehicle. This will be a...
Read more »
Re-tired Apparatus 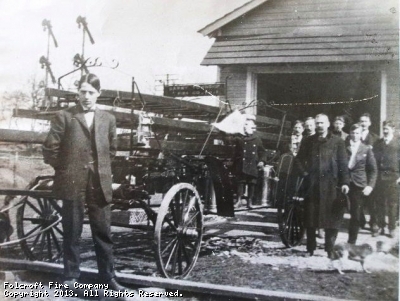 Wagon secured in 1905 to carry ladders and buckets 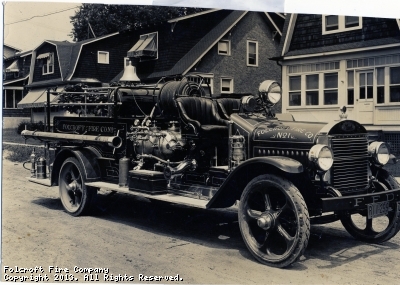 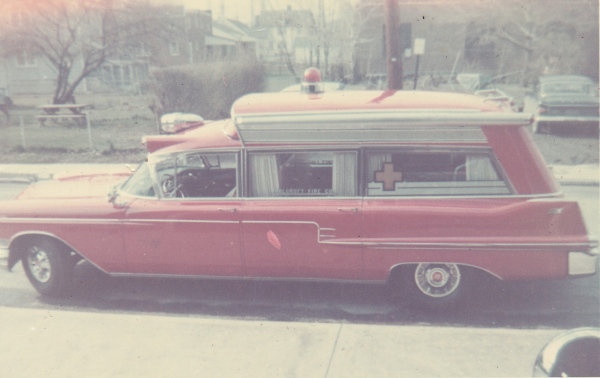 Semi-cab, 750 GPM pump 300 gallon tank Mack Thermodyne 707c 6 cyl. gas motor, 5 speed manual transmission, Honeywell DC/AC generator delivered spring 1960. Purchased by Folcroft Borough. It was sold to Centralia (Columbia County) in 1975, in late 1985-early 1986 it was sold to Lavelle (Schuykill County), were a cab enclosure and 2 jump seats were added. repainted White over Lime. -sold by Lavelle in 1996 to Frank Cole of Blairstown, NJ who used it for kids parties (seatbelts were added in the bed) sold by Frank in 07/00 to Ken Lindgren of West Palm Beac,FL on E-bay. Ken sold it in 07/02 to Lou Popvitch of Allentown, Pa. For sale by him in early 2015. Was cut up for scrap Late 2017. History provided by Bruce Anderson

Black and White Photo is an Advertisement Photo for Gerstanslager,  small color photo our large color photo is after truck was sold to Emigsville, Alert Fire Company in 1976

1250 GPM Pump 500Gallon Tank 30 Gallon Class B Foam  -2016 Sold on Gov Deals to a company in Ohio that parts it out Last seen with no motor. Several parts were purchased by Joe Billie as replacements for the 1984. 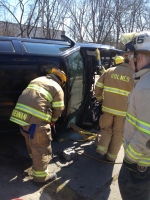 Copyright © 2006-2021. YourFirstDue Inc. All Rights Reserved. Designated trademarks and brands are the property of their respective owners. Content on this web site is supplied by Folcroft Fire Company. YourFirstDue Inc. cannot be held responsible or liable for any content, text, pictures, or any other media found on this web site. Maintained by the members and staff of Folcroft Fire Company.
Management Login
Powered by